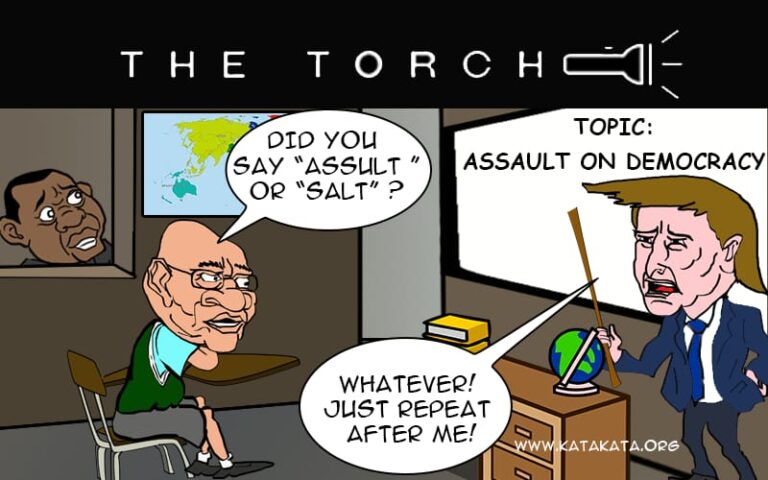 Observers of the political situation in South Africa have reacted with shock at the recent violence that has engulfed the country, sparked by the jailing of former President Jacob Zuma.

As of Thursday, more than 212 people have lost their lives, and at least 800 retail shops looted in KwaZulu-Natal, Mr Zuma’s home province, with an estimated $1bn (£720m) worth of stock stolen, according to the official report. Facing food shortages after days of widespread riots and looting, the government has deployed law enforcement agents to protect food deliveries to supermarkets. It does not help that the rioters damaged and blocked roads, making the government’s efforts to supply foods and other essential services even more challenging.

Although the unrest started after former President Jacob Zuma was sentenced to 15-month in prison for contempt of court, some political analysts have suggested that the mayhem has some political undertone. Others insisted that some powerful elements behind the scene orchestrate the violence. And those with this line of thought are, in fact, not alone. South Africa President Cyril Ramaphosa has added his voice to the allegation. He insisted that the riots and plundering, which he described as an assault on democracy and an attempt to hijack South Africa’s democracy, is pre-planned.

That powerful allegation from President Cyril Ramaphosa echoes the image of the January 6 insurrection in the USA and its aftermath. Furthermore, it makes many people wonder whether there is reminiscent between the turmoil in South Africa and the recent insurrection in the USA. Are there attempts by unscrupulous individuals in South Africa and the USA to use violence as a tool for political instability and a change of government?

“It is quite clear that all these incidents of unrest and looting were instigated – there were people who planned it and coordinated it,” President Ramaphosa said during his visit to KwaZulu-Natal, the centre of the unrest.

The President revealed that his government knows who is masterminding the violence and assured his cheering party supporters that perpetrators of the crime would be held accountable.

“We are going after them,” Mr Ramaphosa assured reporters.

While it is easy to accuse President Ramaphosa of pointing an accusing finger for his political gains, many political pundits have vehemently insisted that South Africa’s riots have been well coordinated by a dozen former president Zuma’s close associates. Are the rampage and lootings a spontaneous response to the jailing of former President Jacob Zuma? Or is there an “invisible hand” of Zuma’s allies behind the violence? President Cyril Ramaphosa has refused to name the suspects.

Ferial Haffajee, the associate editor of the Daily Maverick, echoed a strong belief that there is more to the violence and insisted the rioters intend to undermine Mr Ramaphosa’s government by weakening its already fragile economy. Other analysts have gone far and labelled the unrest an “attempted coup” and an “insurrection.”

The violent attacks in South Africa and the insurrection in the USA bear some similarities. In the United States, former President Donald Trump’s supporters invaded the Capitol, following a baseless allegation from Trump that the last USA presidential election, which he lost to his opponent Joe Biden, was stolen. Trump’s supporters wanted to stop Biden declared the President, and Trump installed as the winner of the election. Similarly, former President Jacob Zuma’s supporters reacted furiously to his imprisonment for contempt of court, unlashed mayhem, and demanded his release. One may ask why ex-president Zuma’s supporters seem to channel their anger on President Ramaphosa rather than the country’s independent court, which Zuma has severally ignored and disobeyed?

South Africa’s ruling party, the ANC, has mainly two major groups – one headed by President Ramaphosa and the RET ((Radical Economic Transformation) faction, drawn from fierce supporters and sympathisers of former president Zuma. While supporters of the Ramaphosa faction believe the President is trying to clean up the government and build strong state institutions, RET members, mostly beneficiaries of Zuma’s alleged corrupt years in government, feel cornered and uncomfortable with Ramaphosa’s attempt to fight corruption. Logically, the best way to stop the clean-up exercise is to weaken the current President.

Even though the government of President Cyril Ramaphosa has announced a request to deploy 25,000 extra troops for three months to help quell the riots and restore order, unprecedented and the largest troop deployment since the end of apartheid, there is little indication that such a request has received enthusiasm within the political and military circles. That lukewarm attitude has left one wondering how much power and influence former president Jacob Zuma still wield within President Cyril Ramaphosa’s government.

As the former ANC spymaster, inside and outside of South Africa during the apartheid days, ex-president Zuma has strong allies in the South African Intelligence community. Numerous state investigations have revealed that Zuma still has a firm grip on the country’s intelligence. It is not a coincidence that he budgeted a significant amount for the section during his term as President. Unfortunately, President Ramaphosa has shown little appetite or strength for dismantling Zuma’s control of state apparatus and modernising the agencies, a move many have argued would have accelerated his clean up exercise and helped him build more vital state institutions.

One may accuse President Ramaphosa of being slow in making necessary changes in the government to achieve his political objectives; indeed, the same can hardly be said of former President Trump, who is addicted to loyalty. Trump did not waste time humiliating and firing any person he perceived disloyal to him or an impediment to his political goals and aggrandisement. A few months to his departure from the White House, while claiming that he won the presidential election without proof, ex-president Trump quickly changed heads of the USA’s intelligence agencies, filling them with his die-hard allies. Many political analysts found his move very unpresidential and suspicious and questioned his commitment to relinquishing power to president Biden. If the recent investigation results to the insurrection in the USA have anything to show, they reveal how former president Donald Trump has orchestrated plans to cause political disorder to enable him to hang on to power.

Is South Africa’s violence reminiscent of the USA insurrection? While the FBI and other security agencies in the USA are busy investigating and trying to establish who masterminded the attack on the USA democracy and what the aim was, the government of South Africa needs to do the same diligently. Both countries must urgently weed out the bud of those unscrupulous elements working behind the scene to unleash unpatriotic attacks on their states’ democracy before it is too late.