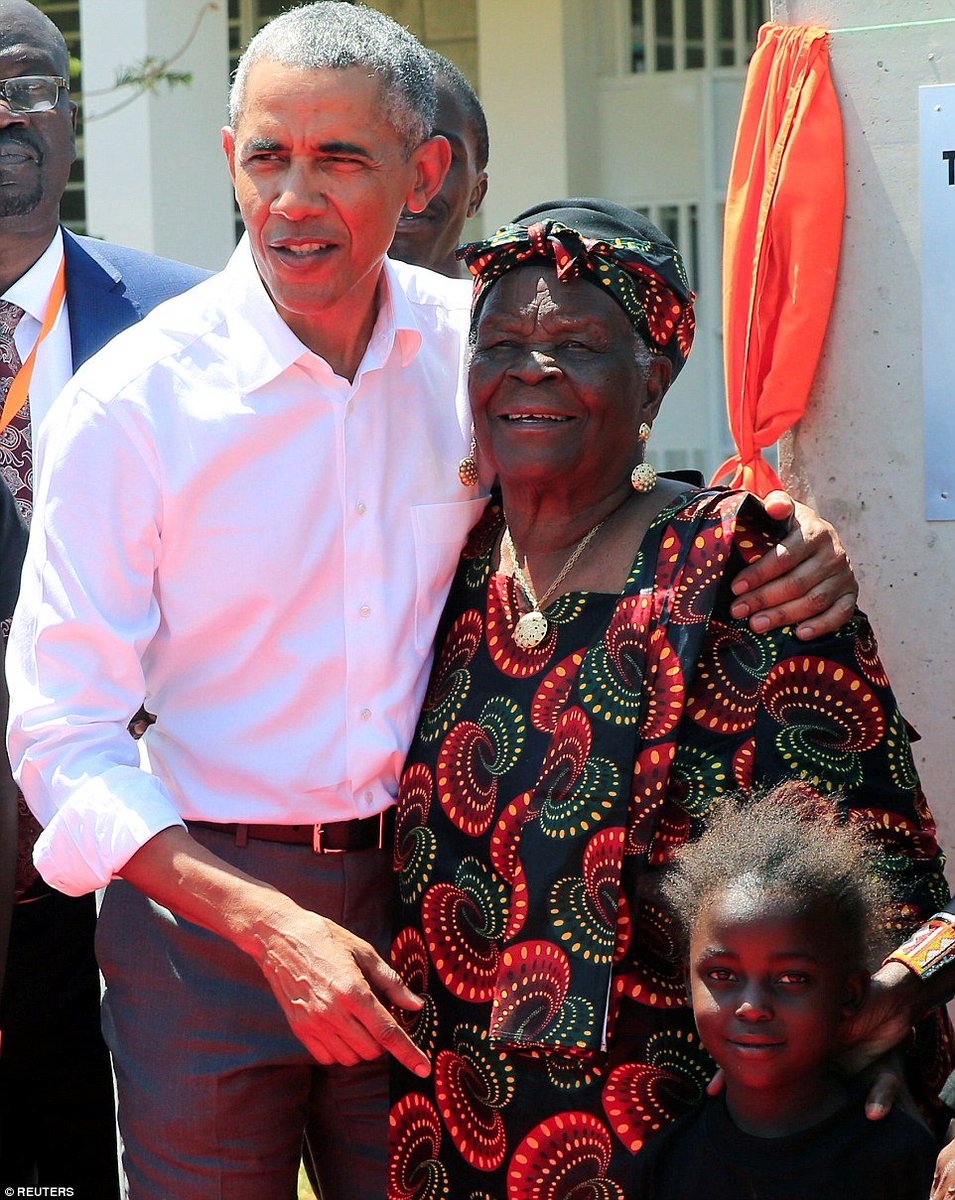 Former President Barack Obama’s step-grandmother, Sarah Obama, has died at a hospital in Kenya. She was 99 years old.

According to her daughter Marsat Onyango, Sarah Obama, the third and youngest wife of Barack Obama’s grandfather, died early on Monday at a hospital in Kisumu, west of Kenya.

Although Mrs Obama had been sick for a week, she did not die of Covid-19.

Fondly referred to as Granny Sarah by President Obama, Mrs Obama had a close relationship with her grandson Barack, who had visited her a couple of times.

Sarah Obama was an active person known to have served her self-prepared hot porridge and doughnuts, which she delivered to a local school.

Her popularity skyrocketed after former President Obama visited Kenya in 2006 as a senator from Illinois. After the visit, Granny Sarah predicted that her grandson would one day become a political juggernaut during an interview. And her prediction came to pass.

She vigorously defended the lies during Obama’s 2008 presidential campaign that her grandson was born in Kenya.

In 2015, President Obama returned to Kenya to meet granny Sarah and his other family members in Nairobi. He was the first sitting US president to visit Kenya. Later after leaving office, President Obama paid a visit to his step-grandmother’s home in the village of Kogelo in 2018.

Born in 1922 in a village on Lake Victoria, Sarah Obama was a Muslim of Kenya’s Luo ethnic group and her husband’s third wife, who died in 1975.

Before her death, granny Sarah was for decades, running a foundation in Kenya to help educate orphans and girls, the education opportunity she never had in her life.

She will be buried later on Monday.